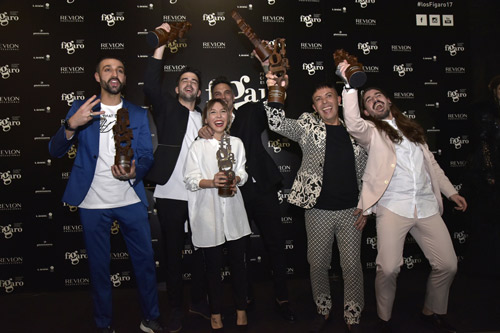 In a glittering ceremony which took place in Madrid last night, the winners of the 8th Spanish Hairdressing Awards, launched by Club Fígaro and sponsored by Revlon Professional, were announced. The biggest event in Spanish hairdressing calendar began with the red carpet and the Figaro catwalk, where the 15 nominees put in scene their finalists collection, leading to an stunning show. After the catwalk, the sealed envelopes were opened and the winners were presented by the jury and by some Club Fígaro’s associateds, who acted as hosts.