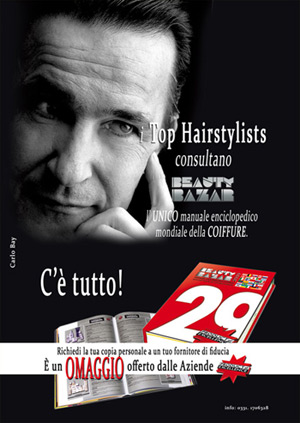 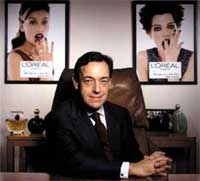 IT HAS BEEN REPORTED ON A INTERNET SITE THAT L’ORÉAL SA CHAIRMAN LINDSAY OWEN – JONES SAID HE WON’T TAKE HIS BONUS, ESTIMATED AT 900,000 EUROS.
Rate this post / esprimi il tuo voto

WITH SOLID, GOOD QUALITY RESULTS L’ORÉAL HAS PREPARED ITSELF WELL FOR A RETURN TO GROWTH IN 2010 • 2009 sales: 17.5 billion euros • Good quality operating profit • Improvement in gross profit rate – Reduction in selling, general and • administrative expenses – Increase in R&D and advertising & promotion expenses • Strong growth in cash flow • Net earnings per share* at 3.42 euros • Growth in dividend** to 1.50 euro (+4.2%) Comments: The Board of Directors of L’Oréal met on February 15th, 2010 under the chairmanship of Sir Lindsay Owen-Jones and in the presence of the Statutory Auditors. The Board closed the consolidated financial statements and the financial statements for 2009. 2009 has been an exceptional vintage for innovation, and a year of very strong dynamism in Consumer Products, along with the conquest of a large number of new hair salons and rapid growth in new markets. The group ended the year with good quality operating results, record cash flow and a very robust financial situation. At the end of the board meeting, Sir Lindsay Owen-Jones said: “2009 has ended with good quality results, in a truly exceptional economic context. Thanks to the energy, imagination and combativity of Jean-Paul Agon and his teams, the group has succeeded in renewing itself and preparing for the future.” In haircare the year’s major successes were Force Vector by L’Oréal Professionnel for brittle hair, Age Premium by Kérastase and Rejuvatherapie from Matrix for mature hair, and Color Extend by Redken for colour-treated hair. The technical services Oléo Relax Slim and Volumorphose have bolstered the activity of Kérastase. In hair colourants, activity was strong at the end of the year with the launches of Dream Age by Matrix and Cover Fusion from Redken for mature women. L’Oréal Professionnel introduced a major hair colour innovation, INOA, the first ammonia-free oxidation colourant with Oil Delivery System. Launched in September 2009 in Europe, Inoa is proving an unprecedented success and has been awarded the Prix d’Excellence Marie-Claire.
Rate this post / esprimi il tuo voto