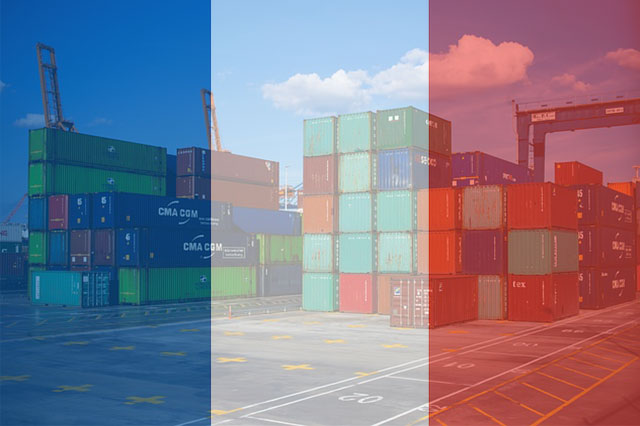 An article on Premium Beauty News explains that in 2016, the trade surplus in the cosmetics sector reached 9.2 billion euros, ranking cosmetics as the second most performant sector after the aeronautics.
“The French cosmetics industry continues to grow its international reputation by combining its strong assets, including innovation a reputation of high-quality,” says Patrick O’Quin, President of the French Federation of Beauty Enterprises (FEBEA).

However, French exports score very differently from one geographical area to the other. Dynamism in North America and Asia has offset the slowdown in other areas.

While Germany, the United Kingdom, Spain and Italy remain among the top 5 countries where France exports the most, the total amount of exports in these four countries tends to slow down.

French exports to European countries outside the European Union (-3.5%) continue to decline, mostly because of the drop of exports to Russia (-13%), which is linked to the rubble weakness that had a positive impact on local brands but not on foreign imports.

However, sustained growth in North America offset the slowdown in Europe. Exports rose in all the three North American countries: United States (+8.5%), Canada (+4.5%) and Mexico (+4%).

Exports to Asia grew by almost 10% in 2016, including China (+15%), Singapore (+13%), South Korea (+18%) and Japan (+4%). While Asia passed through some difficulties in 2015, last year marked a real recovery throughout the zone. “The growth remains strong in China despite, regulations that are not adapted to the constant innovations in this product categories,” explains the FEBEA. Asia now accounts for 17% of French cosmetics exports.