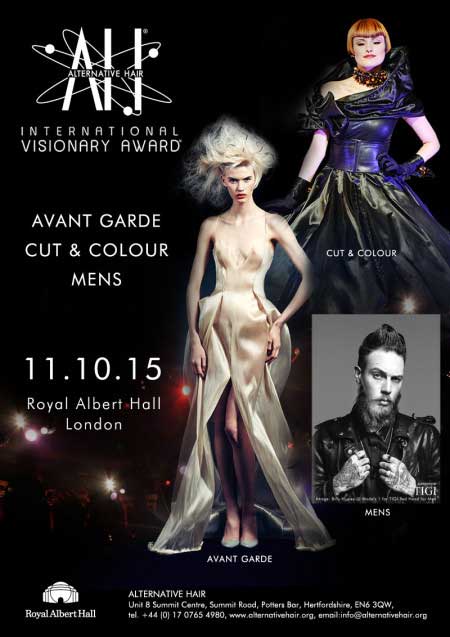 The Visionary Award has its own show within the evening. Each finalist presents one model to represent their work, judged prior to the show by an international team of celebrated hairdressers. At the end of the Visionary Award show, Anthony Mascolo, and Alternative Hair founder, Tony Rizzo, will announce the 2015 winners.The international finalists are: