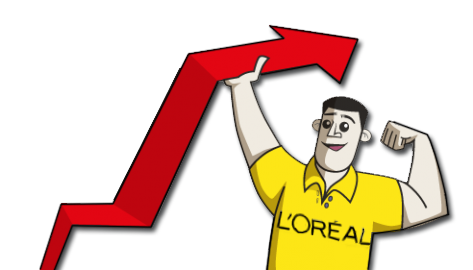 L’Oréal Group presented the results of the first-quarter-report, ending 31 March, 2014. Although contrasted performances in its four divisions, the company showed itself satisfied. Based on reported figures, the Group’s sales amounted 5.64 billion euros, a change of -2.2 % and +3,5 % on a like-for-like basis. According to the company, significant gains were recorded to some extent, especially in Western Europe, the Middle East and China. In particular, the operational divisions of L’Oréal Luxe and Active Cosmetics were strongest, rather weak the Consumer Products division, here especially in the United States.

A year before, in the first quarter in 2013, L’Oréal had achieved sales of 5,765.5 billion euros – a very strong result, which was primarily linked to two major launches, the company stated. In contrast, the declining sales in the U.S. mass market show a sluggish trend, but were not surprising to the company, as L’ Oréal had forecasted and announced this before.