Invite YOU to the SECOND WORLD SKI CUP for HAIRDRESSERS in BJELASNICA SARAJEVO, BOSNIA AND HERZEGOVINA OLIMPIC GAME were held there in 1984 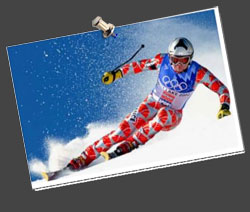 • January 16: arrival of the participants in the late hours; after the short break there will be an organized party. • January 17: first race of the International Hairdressers Ski Cup. It will be served hot wine, beans, meatballs and tea after the race. • January 18: seminar in “Radionica” starting at 16:00 hours. Nick Irwin and Akos Bodi will be presenters on the seminar.

PRICE OF THE ARRANGEMENT: