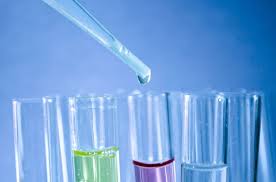 For the last 50 years, microparticles of plastic, called microplastics, have been used in a large number of cosmetic and personal care formulations, ranging from toothpaste and shower gel to eye shadows and nail polish. A report released last week by the UN Environment Programme on the occasion of World Oceans’ Day recommends a precautionary approach toward microplastic management, with an eventual phase-out and ban of their use in personal care products and cosmetics. Washed down the drain, those particles cannot be collected for recycling, nor do they decompose in wastewater treatment facilities, inevitably ending up in the global ocean. “Knowledge is emerging about the effect such particles have on marine organisms, including mammals, but also on their potential for secondary health impacts via the food chain, including to humans who consume seafood,” explains UNEP. Given the associated potential risks of microplastics, the report makes several recommendations for producers and consumers, as well as for researchers and policymakers. In particular, it calls for a voluntary phase-out of microplastics by the industry and their eventual ban in personal care and cosmetic products.