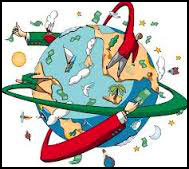 Despite variable economic conditions, the natural personal care market continues to see strong growth, posting a healthy 10.6 % increase globally to reach USD 29.5 billion at the manufacturers’ level in 2013, the market researcher Kline publishes in its Blog. Experiencing double-digit growth since 2008, the natural personal care market has seen a compound annual growth rate (CAGR) of 11.3 % over the last five years and is projected to post an increase of 9.2 % to reach $46 billion in 2018, the company reported. According to the recent study by Kline, Brazil and particularly China are the fastest-growing natural personal care markets, with sales in China increasing nearly 24 % in 2013 and slowly challenging the United States’ global market share. Growth within mature markets, driven by the large number of brands present in the regions competing on products, price, and product efficacy, remains impressive as exemplified by a 7 % increase in the United States and 6 % in Europe, the company stated.

Zachary Ferrara, Project Lead for Kline China, notes, “Within the flourishing Chinese market, while both domestic and foreign brands are enjoying growth, domestic ones still claim an estimated 80 %+ share of the market. Notably, of these local players, those offering mostly TCM (traditional Chinese medicine) products account for approximately less than two-thirds of the Chinese natural personal care market. However, international natural brands are becoming more accepted by Chinese consumers as they are considered to be of a higher quality.” Remarkably, the last five years have seen several global brands enter the Chinese natural beauty market including Jurlique (2009), Kiehl’s (2009), and Origins (2010).The strength of the Brazilian market is being driven by leading marketers Natura and O Boticário, which collectively claim an estimated 85 % total market share. The Brazilian market is well-developed with regards to sourcing of organic and natural ingredients, but companies still have a high concentration of synthetics in their formulations.

The natural beauty market across the globe is extremely fragmented, with only six companies enjoying a share of 3 % or more, the company pointed out. The leading brands differ regionally with Aveeno and Bare Escentuals leading in the United States, L’Occitane and Saishunkan in Japan, Chando and Inoherb in China, and Yves Rocher and Oriflame in Europe. According to the market researcher, the channel mix also varies significantly between regions. In Europe, pharmacies dominate the scene while mass outlets post the highest growth. Direct sales lead in Brazil, and health and natural food stores rank first in the United States. Due to high manufacturing costs and limitations of natural preservatives, natural-inspired products are preferred by many manufacturers and they dominate the market. However, encouraged by growing consumer awareness and improved technology, several companies are seeking to reformulate their existing product lines to remove synthetic ingredients. With no strict government-mandated directives and standards, various certifying agencies are taking initiatives to regulate the market, but the challenge is to scan for its naturalness. Additionally, only a few marketers take the initiative to approach the certifying agencies to get their products certified.