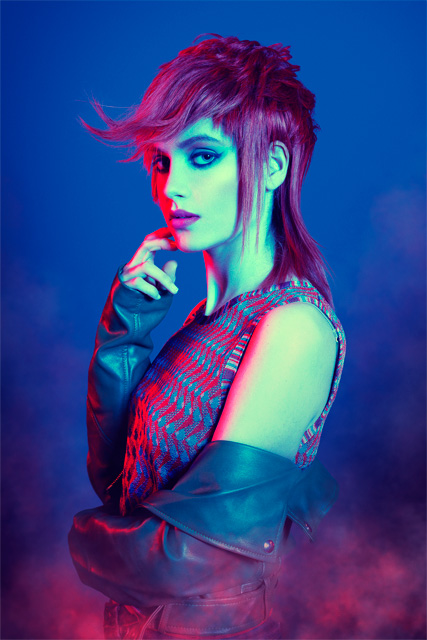 New Rules Collection rescues the “mullet” style cut popularized by David Bowie in the late 70s and which spread like wildfire in the 1980s. The mullet style is characterized by shorter hair on the inside of the head and more long in the perimeter. New rules in fashion allow transforming styles of the past, relaunching them as an innovative trend. New Rules Collection recreates a very Eighties aesthetic with nostalgia for those years, but from the perspective of the 21st century. 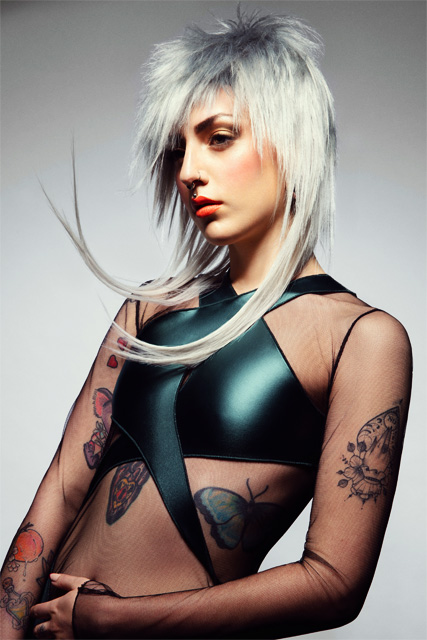 Let’s go back to the 80′s! But … To the most punk 80’s ! Although the beginning of the punk era dates back to the 70s, it was in the 80s when we saw it in all its splendour. A time that the hairstylist lived with a lot of intensity, full of fun, colours, rebelliousness and … a lot of music. After the hippie fashion, which consisted of looking as natural as possible, with long hair, little makeup and no bra, came the 70s and 80s accompanied by a fashion that visually suggested the opposite: short and dyed hair, makeup and clothes with elements that suggested rebellion to the established. It is true that, initially, the punks already cut their hair leaving it in its minimum expression and dyed it. But, in the 80s the looks began to be exaggerated and intensified: cuts with peaks held with gels, or the Mohican style, shaved, almost white dyes or bright colours reigned of punk’s hair. The hairstylists wanted to recover those manes to curly layers with fringes and with a lot of colour. In short, to take that punk crazy time to 2018 and … let’s get even crazier, going through Chanel ! The colour is worked in pastel colours to create more sophistication. Cuts are radically unstructured so that the locks of hair have a life of their own and protrude in disorder, forming a perfect structure in the cut, and collapse soft and dishevelled towards the face. 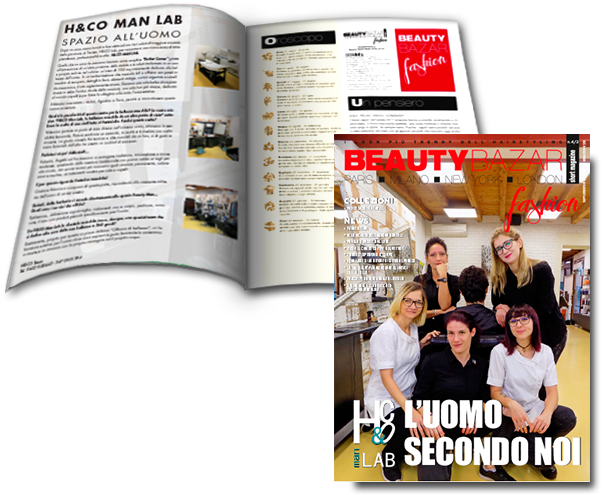 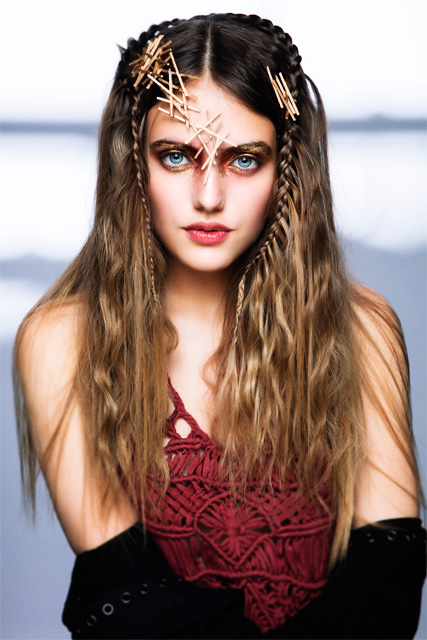 Note Collection is inspired by the importance of small details. The hairstylists have created a fashion collection that can be taken to a party or event. An image with avant-garde notes and nuances for those who bet to get away from the usual, being somewhat more daring, without reaching excess. The particular and suggestive detail that makes the difference and breaks with the routine. 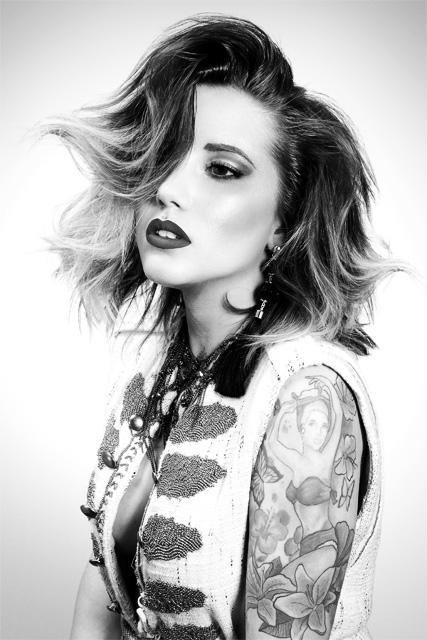 The force of the wind is the inspiration for this collection, a force that shapes the hair to it’s liking, which faces a strong and unstoppable woman. A fight of two forces as old as time. 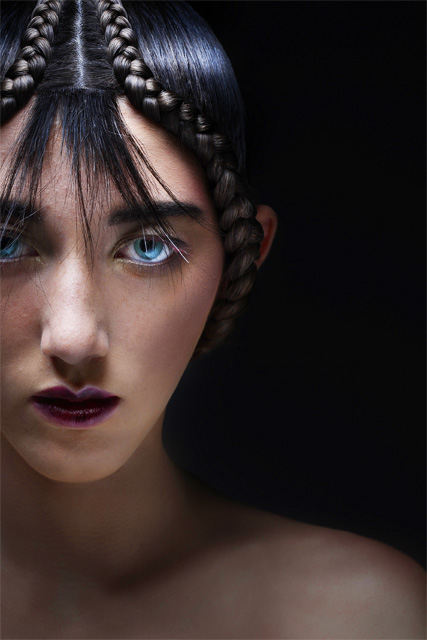 Our perception capacity is partial, so we capture reality in a biased way, between generalizations, eliminations and distortions. Our brain has the ability to add or modify parts in order to obtain a comprehensible whole. The hairstylists wanted to focus on the concept of the “point of view”, fixing the attention to make visible the invisible, to convey with precision, in detail, the excellent aspects of each image.

Androgene Collection is created with structure and shape. Each look is suited and groomed to illustrate an 80’s aesthetic. Graphic shapes but with movement and texture and strong block colour created on real hair. 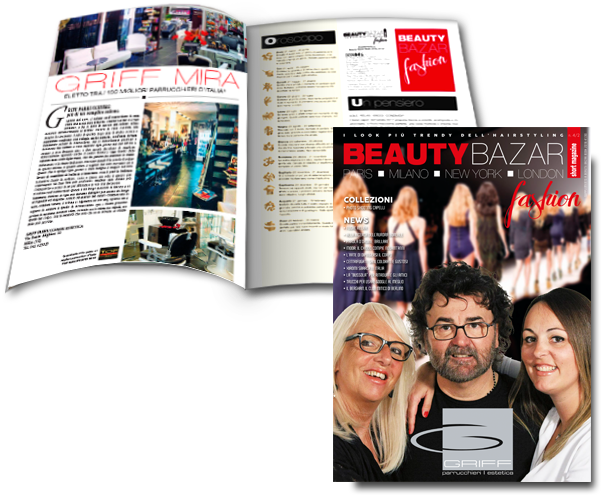 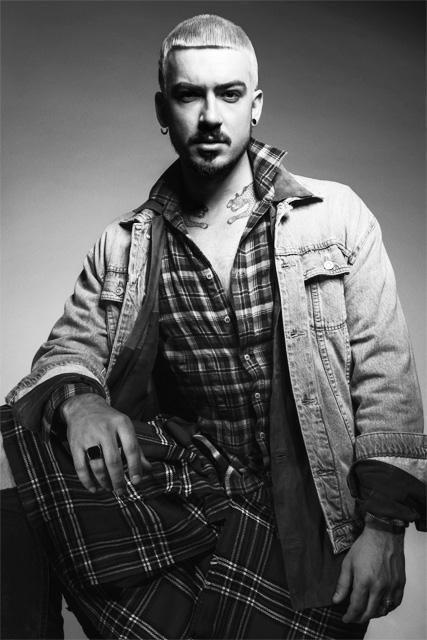 Rebeldes is a collection inspired by those musicians or painters who revolutionized in some way the world that surrounded them during the 20th century and that, of course, moved the hairstylist at some point. Names like Freddie Mercury, Andy Warhol, Bob Dylan or The Ramones and their manes represent all the bad guys of rock that made us spend so many good times in concert.