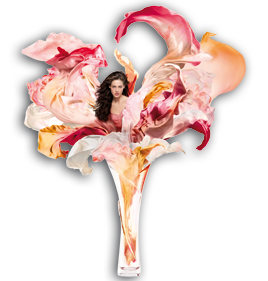 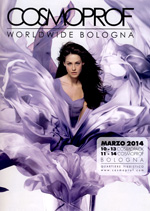 Cosmoprof Bologna Worlwide ended the year 2013 with a record result: 193,842 visitors (+14%), including 48,823 from abroad (+22%).  2,390 exhibitors, 1,500 foreign national group with 24 new entries of Japan , India, Indonesia, Pakistan, Colombia. Italy (purchased with 38,919 square meters of space and 666 exhibitors), China (with 6,029 square meters of space and purchased 272 exhibitors) and France (with 5,427 square meters of space purchased and 161 Exhibitors ) were the three countries that lead the ranking of the largest, but also significant are the figures relating to the U.S. (143 exhibitors), Germany (125 exhibitors), Spain (113 exhibitors). India, present for the first time, bought 494 square meters and has lined up 21 exhibitors, Pakistan 15, Japan 12. These data confirm the global vocation of Cosmoprof Worldwide Bologna, with the platforms of Las Vegas and Hong Kong is still the world’s most important exhibition in the field of Cosmetics and Beauty.

The perfumery reported a “trend” towards strong perfumes, spicy, sweet with 40 exhibitors from the Middle East, while the 20,000 square meters dedicated to Aesthetics Professional (Spa, equipment, body treatments), with its 300 exhibitors, have attracted the attention of operators and the press of a sector growing exponentially. As a fashion “Green”, with an entire hall dedicated 198 exhibitors that focus on sustainability. About 1000 companies were instead present working on the “Skin Care” (Perfumes, Toiletries, Make Up and Accessories). Also interesting is the field of professional companies that produce furniture for beauty salons, spas, salons: a developing sector, which attracts designers and archi-star, actively involved in the decoration of functional spaces that are also attractive decor. All ‘internal Cosmoprof, Cosmoprof has opened its new location, a sort of “show within the show”, an exhibition dedicated to packaging, machinery and contract manufacturing. A formula that has been very popular and has attracted the attention of a production line where the Made in Italy has played a leading role. 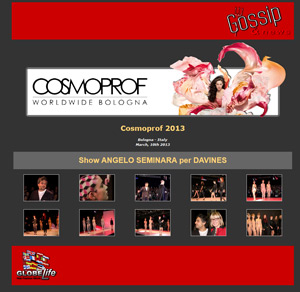 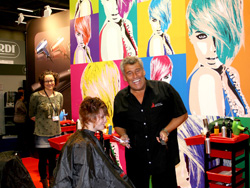 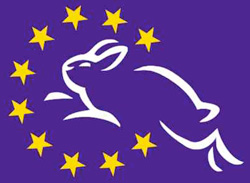